It is definitely summer in our little desert world.  Unfortunately, this time of year our “high desert” isn’t nearly high enough!  With a long holiday weekend and temperatures reaching 115 degrees, the hubby and I packed our bags and headed for higher ground. 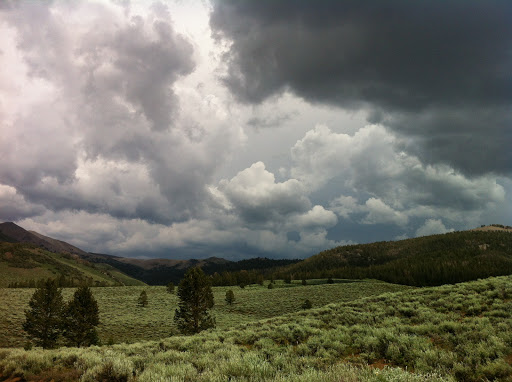 Since we had some extra time this weekend, we decided to take a long and leisurely drive to camp, relax and explore a bit of the Great Basin Desert.  And while others were oohing at colorful bursts of fireworks, the hubby and I were awing at a splendid display of thunderclouds, wildflowers, cows and coyotes.  It was magical.

Driving north on the 395, we passed by all of our usual Eastern Sierra haunts, thoroughly enjoying the familiar granite scenery as we headed toward Bridgeport.  Small towns were alive with the bustle of Independence Day festivities.  The sky was filled with impressive billows of cumulus clouds promising afternoon thunderstorms.  As we gained higher ground, it was a welcome relief to breathe in the refreshing, and much cooler, sagebrush-scented air.  Aaahh!  Now that’s nice.  A few miles outside Bridgeport we ditched the highway and headed into the sagebrush paradise of Burcham Flat.  Rolling green hillsides as far as you could see…this was not the desert scenery I’m accustomed to!  It was breathtaking to say the least.

We meandered our way through aspen groves where, as the guidebook says, the trees “bear the hand-carvings of Basque shepherds who have herded their sheep along the same trail for more than a century.”  Everywhere we looked there were wildflowers in bloom, butterflies in flight, birds in conversation.  The mood was a juxtaposition of ominous skies and a kaleidoscope of color.  A surprisingly harmonious contrast.

We made our way to Lodbell Lake, where we set up camp and revelled in nature’s display from our own private beach.  Curled up cozy in the tent on our beachfront property, we were lulled to sleep by sounds of intermittent rain and gently lapping waves.  The peaceful night sounds were occasionally interrupted by bursts of frantic coyote calls and the grumblings of discontent cows.  Another extraordinary contrast. 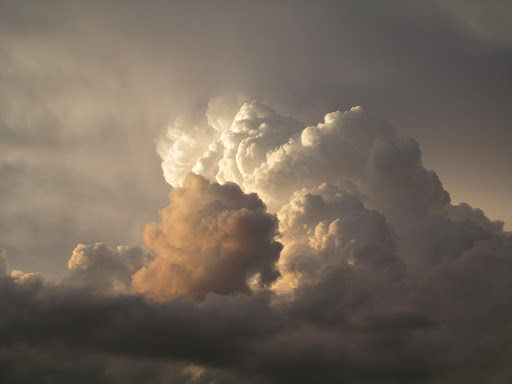 With the first rays of morning light, we set out on the trail to Mount Patterson, the highpoint of the Sweetwater Mountains.  The scenery of the Sweetwaters was a nice change from the granite landscape we usually roam.  Green sagebrush and colorful wildflowers everywhere you looked.  It was a very nice trail, so beautiful and different than our norm.  The dry, sandy ridgelines of Patterson and Wheeler Peak stood in contrast to the lush greenery of the sagebrush steppe.  It was a little breezy, but the sky was clear and the day was perfectly lovely.  Approaching the summit, the easy breeze suddenly turned into gusting winds threatening to blow us right off the mountain!  But we braced ourselves, found our balance and reached the top to find an American flag flying in the wind.  A fitting scene for this 4th of July weekend. 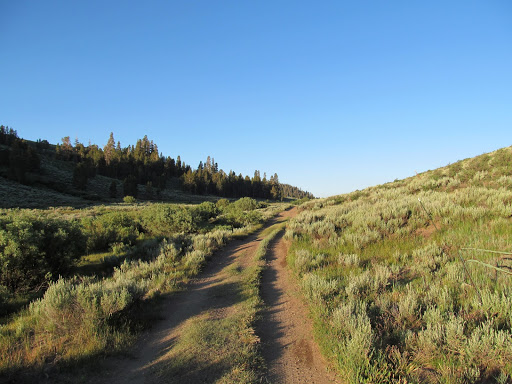 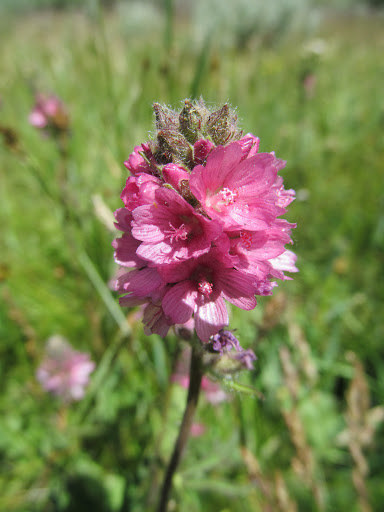 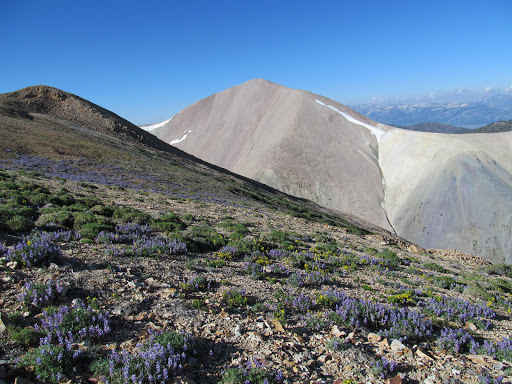 And a perfect weekend it was.  A nice reprieve from the summer heat.  A pleasant venture into new territory.  A celebration of freedom, peace and harmony.